Eddyfi Technologies leverages its worldwide centers of excellence to propose a complete ecosystem for people performing corrosion mapping inspections. Scanners developed by Silverwing (manual R-Scan Array, semi-automated LYNCS™, and fully automated RMS PA) work smoothly with our world famous phased array ultrasonic testing (PAUT) systems, Mantis™ and Gekko®. Aqualock is the universal probe among the scanners and is based on a water box concept that makes it easier to scan components with bad surface conditions. The ultrasound propagates through a column of water eliminating the need for a wedge, thus providing the benefits

When dealing with a water box concept, there are slight variations in water column height due to compression of the hard foam used at the front of the water box. When performing corrosion mapping, operators want to measure the remaining thickness of the component and not variations in the water column. It is thus necessary to use synchronized gates that measure the differences in time-of-flight between the backwall and the front surface echo.

While it should be possible to adjust the second gate to capture that backwall echo, this could lead in measuring the first backwall echo in areas where there is no corrosion. 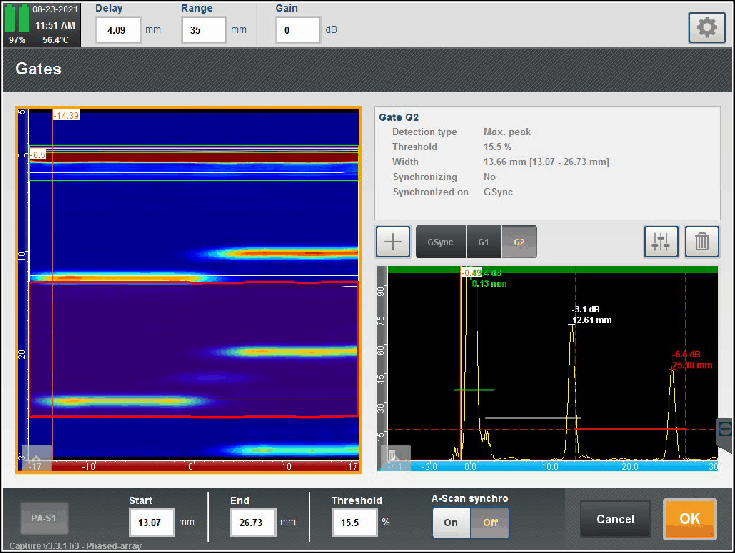 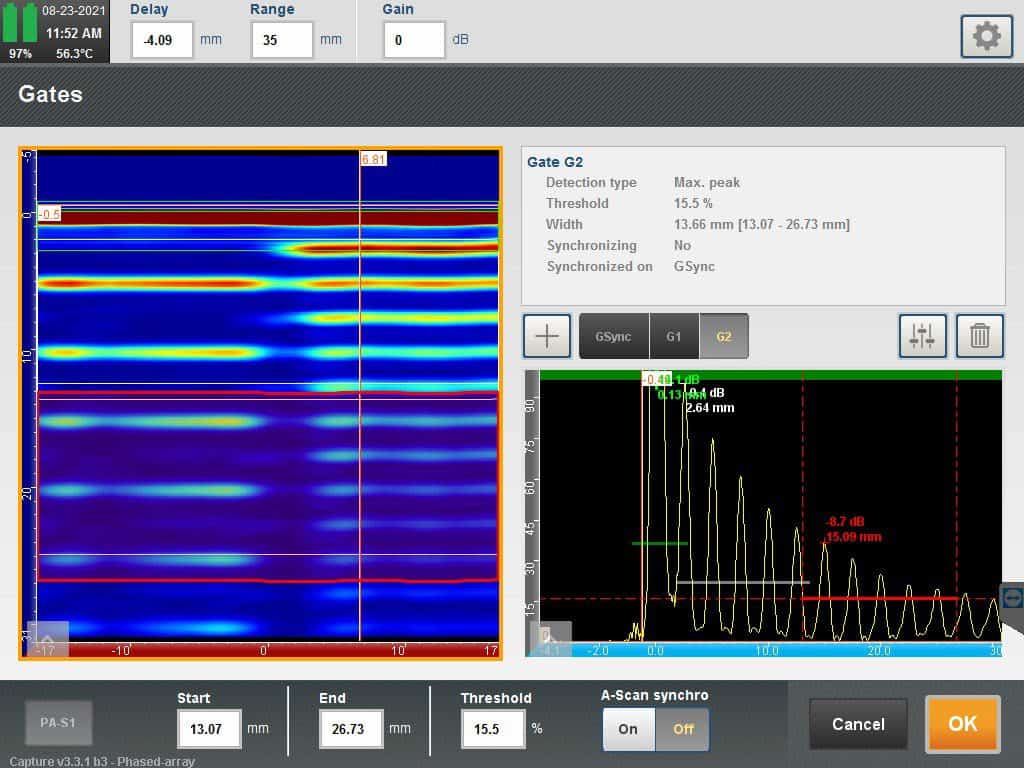 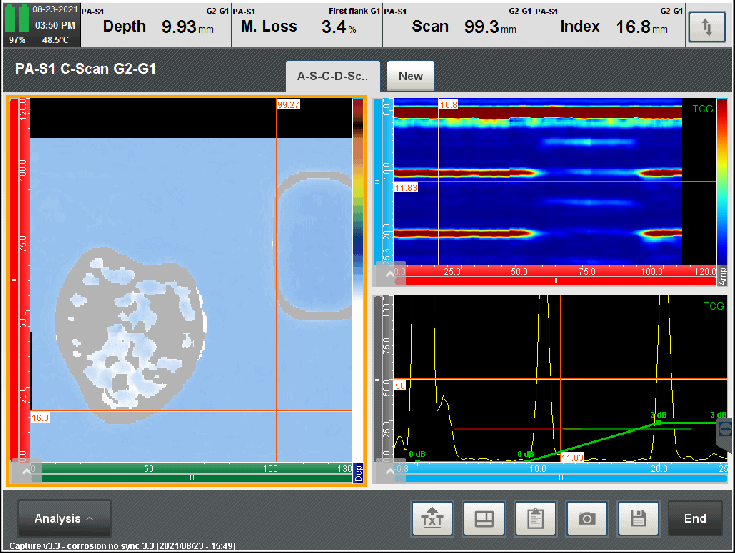 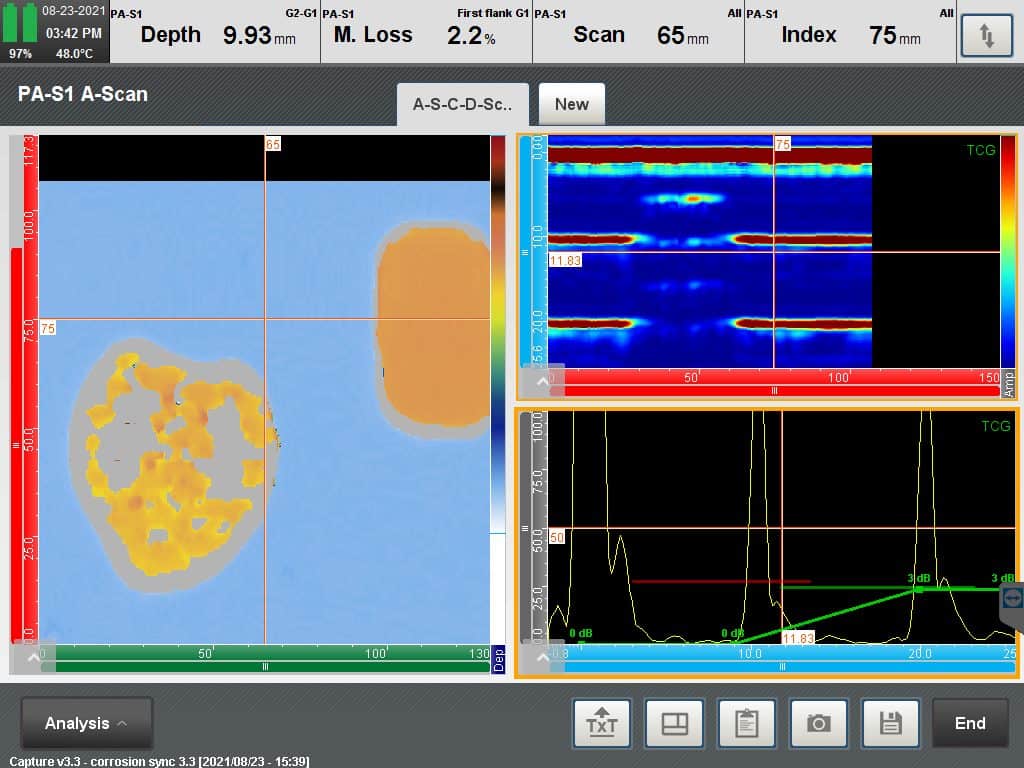 We saw in the previous image (right) that heavy corrosion can lead to a drop in amplitude of the first and/or second backwall echo making remaining thickness measurement more difficult. Lowering the threshold of the gates to detect weaker echoes can lead to measuring the wrong echoes. 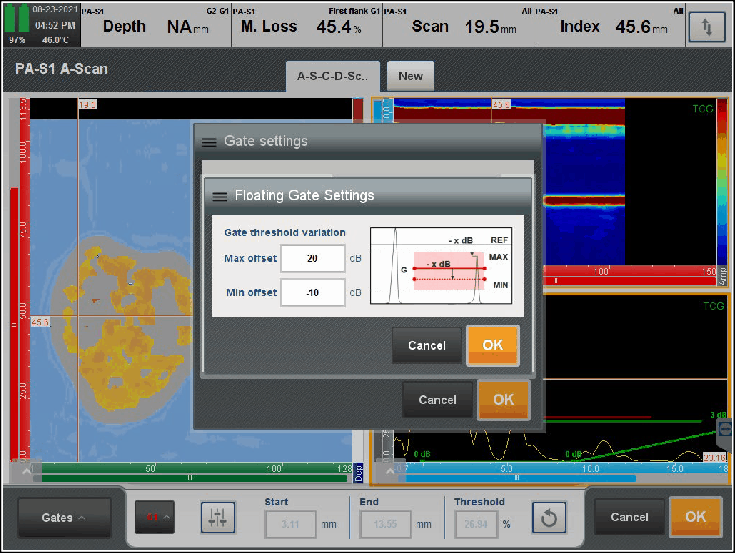 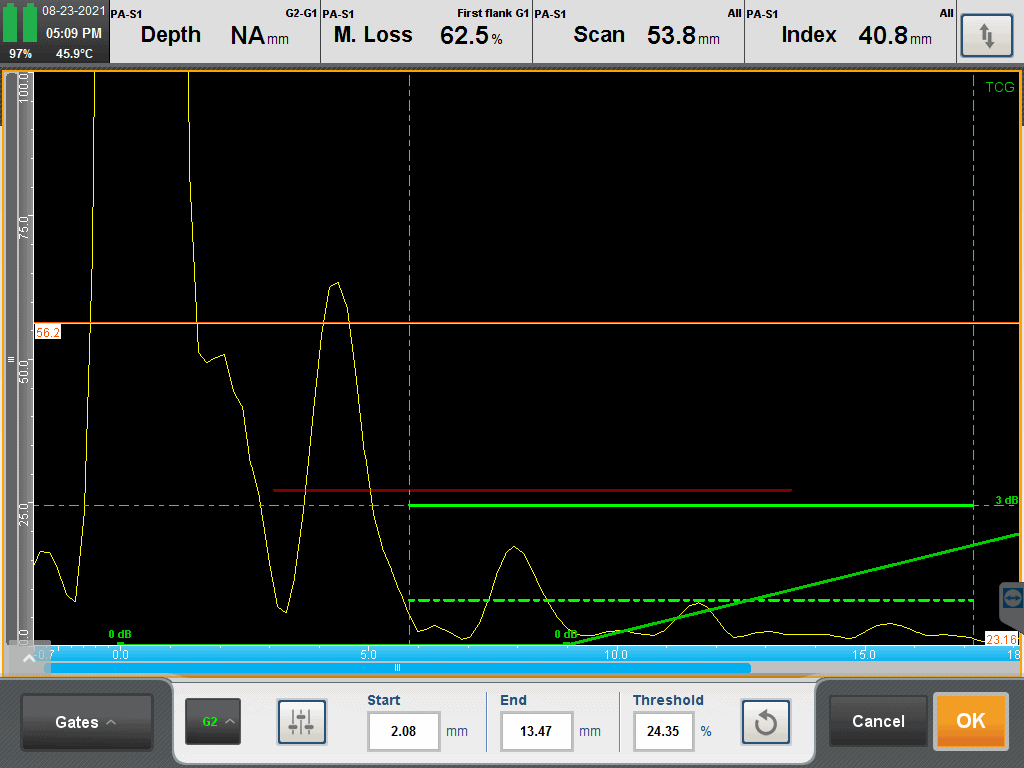 We applied the floating gate feature to the previous example using a minimum offset of -10 dB on both the first and second backwall echoes. We can see that a lot of the grey pixels observed before are not measured.

Floating gates ensure that the remaining thickness reading isn’t affected by reduction of an echo amplitude due to sound attenuation. 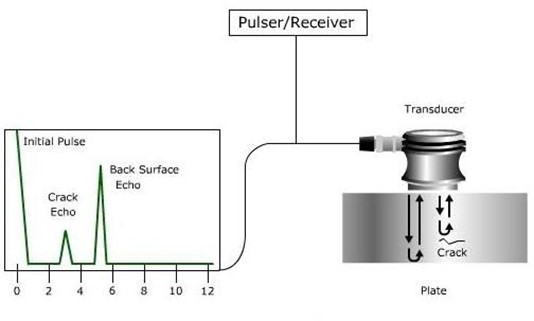 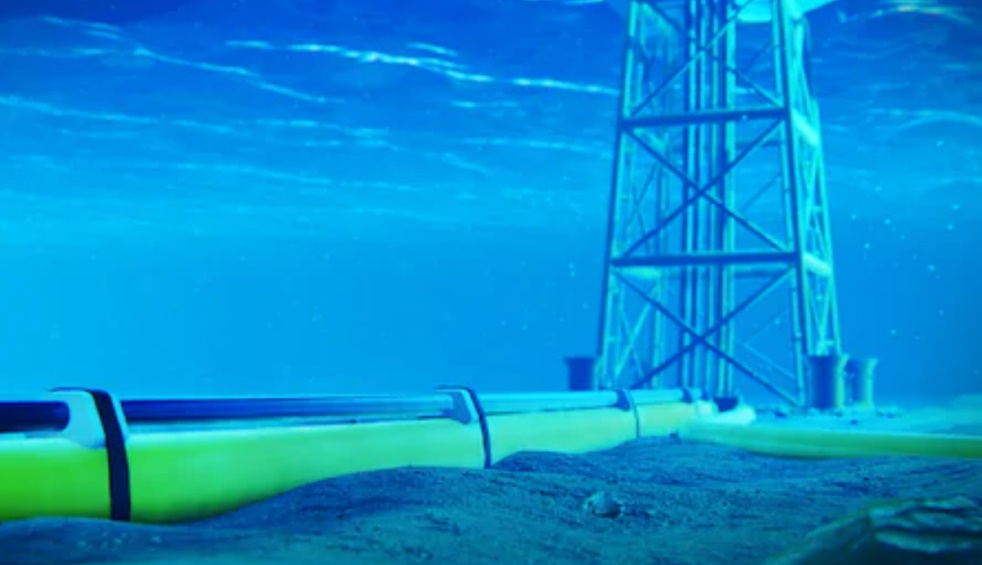 Abstract A large range of Non-Destructive Testing (NDT) techniques are employed for a wide variety of applications within Civil Engineering. The majority of these applications…

1) Press the share button on your browser's menu bar